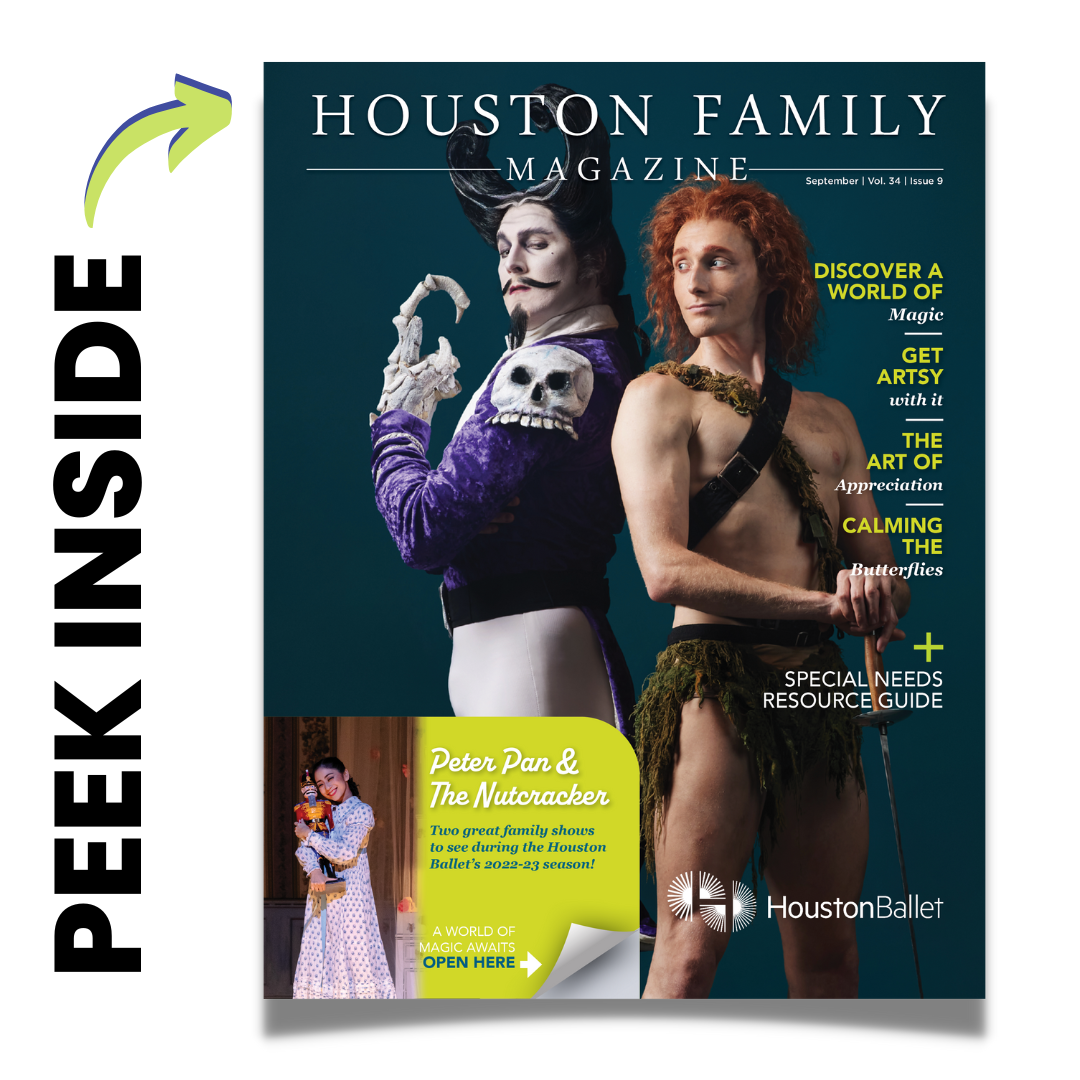 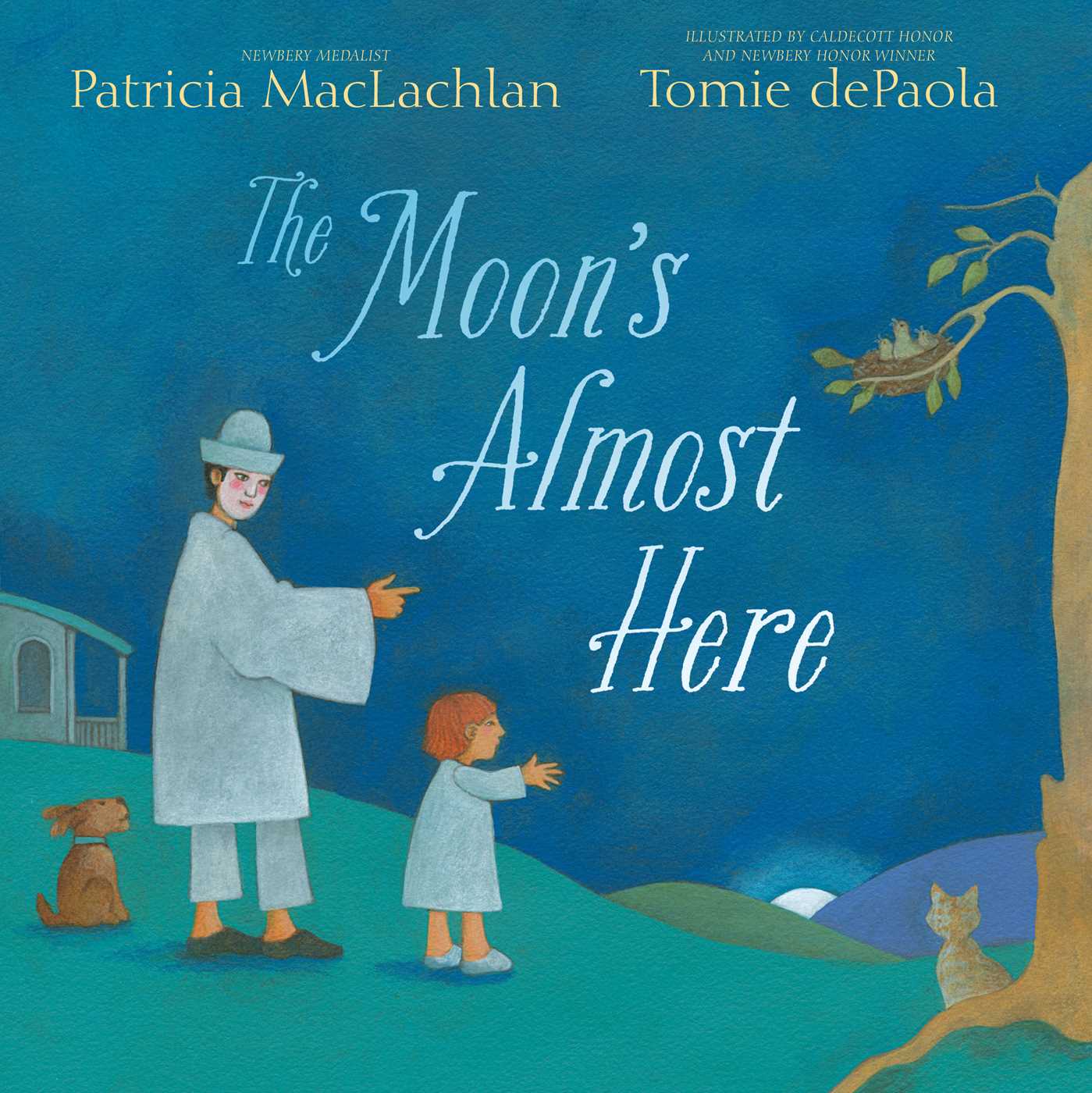 The Moon’s Almost Here
by Patricia MacLachlan,
illustrated by Tomie dePaola
(McElderry Books, June 2016)
Look no further for a new bedtime story. Patricia MacLachlan’s soothing words about animals going to bed pair beautifully with Tomie de Paola’s illustrations. This is an instant classic, perfect for the new baby in your life. 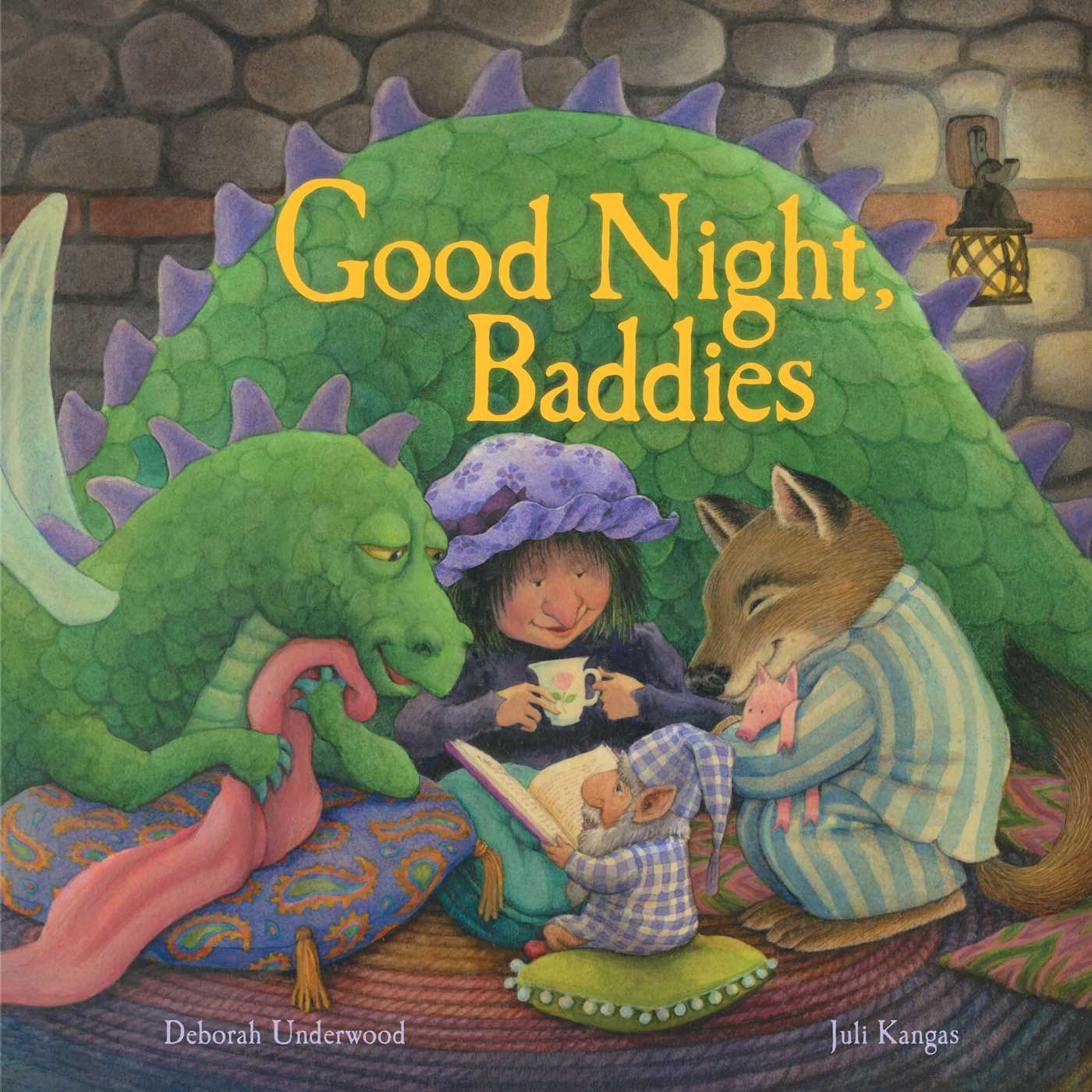 Goodnight Baddies
by Deborah Underwood, illustrated by Juli Kangas
(Beach Lane Books, May 2016)
Even bad characters such as wolves, evil queens, and ogres need their rest. We get a look at what happens when they all go home to the castle to sleep. Clever rhymes and illustrations make this a picture book kids will love and parents will be happy to read again and again! 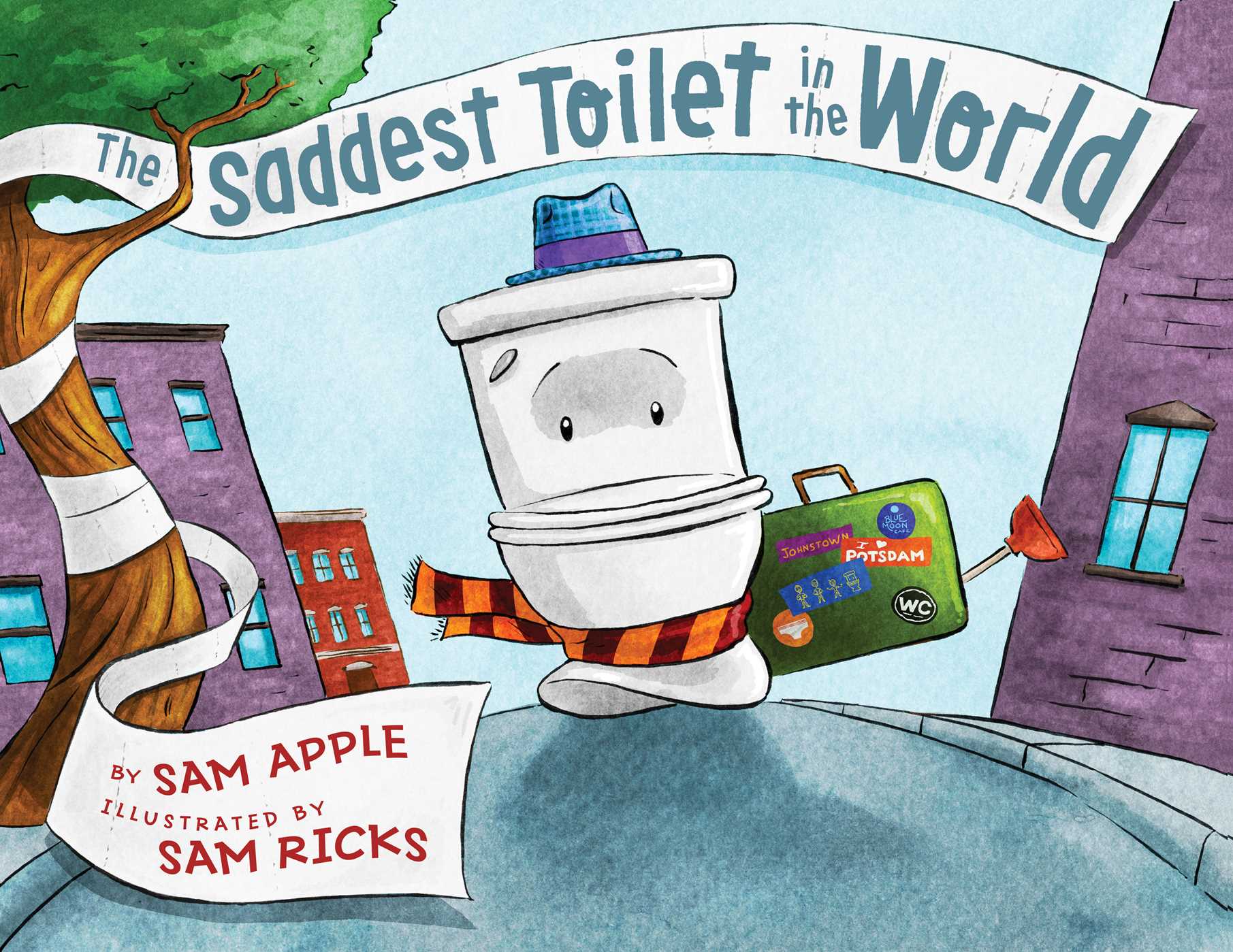 The Saddest Toilet in The World
by Sam Apple, illustrated by Sam Ricks
(Aladdin Books, June 2016)
Danny liked to sit anywhere. Anywhere, that is, except for the toilet. That made the toilet sad, so he left to explore New York, as sad, lonely toilets do. A hilarious story of toilet training that will make you laugh out loud! 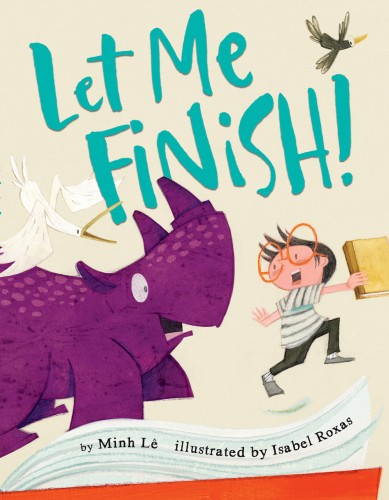 Let Me Finish by Minh Le
(Disney Hyperion, June 2016)
A boy desperately wants to finish his books, but the animals keep spoiling the endings. He takes his next book into the forest to finish, but the animals find him there as well. Anyone who’s been in a book club or seen a movie later than anyone else will appreciate this charming picture book. 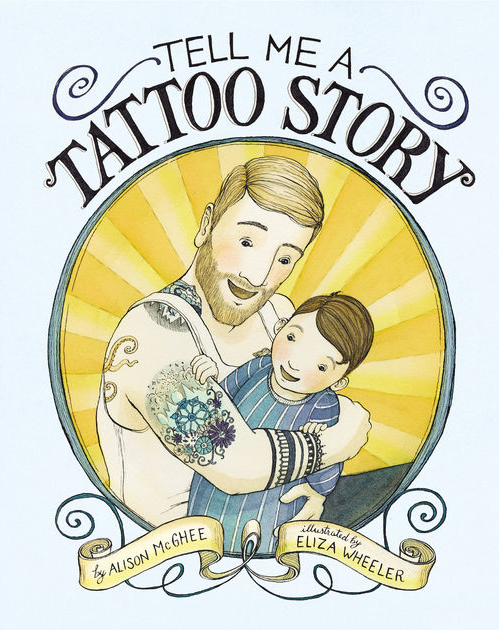 Tell Me A Tattoo Story
by Alison McGhee & Eliza Wheeler
(Chronicle Books, April 2016)
One evening, curious Little Man wants to hear all about his father’s tattoos. His father walks him through each inked piece — from the Ferris wheel representing the first date with his wife to the dragon representing a favorite story book. Flowing text paired with a great palette of illustrations make this a picture book that highlights the connections between images and storytelling. 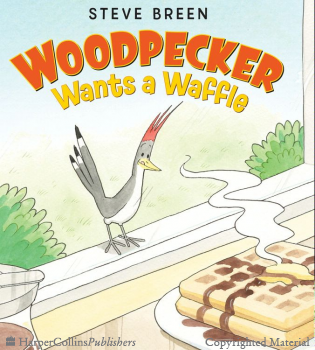 Woodpecker Wants A Waffle by Steve Breen
(Harper Collins, June 2016)
Woodpecker is craving sweet waffles that are served every morning at the local diner.  But the staff is not allowing any of that.  With his forest friends, our intrepid bird figures out how to get his heart’s desire. A great first read alone with predictive pictures to help the young reader. 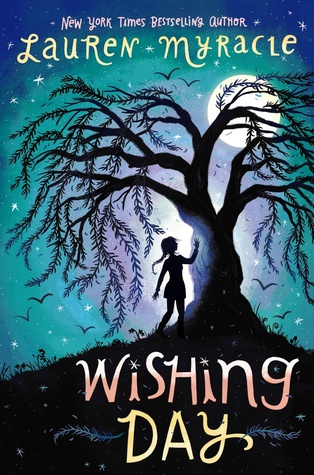 Wishing Day by Lauren Myracle
(Katherine Tegan Books, May 2016)
In Willow Hollow, on the third day of the third month after her thirteenth birthday, every girl makes three wishes at the willow tree: the first is an impossible wish, the second is one she can make come true, and the third is her deepest wish from her secret heart. Natasha isn’t sure she believes in magic, but she does want to, and it seems that after she makes her three wishes, some of them are coming true. After her mother disappeared eight years ago, Natasha has become the “responsible, dependable sister,” and she longs to be noticed for herself, to be someone’s favorite, to have her first kiss, and for her mother to return. This first of a trilogy is a tenderhearted coming-of-age story about the magic of family, sisters, and friendship. 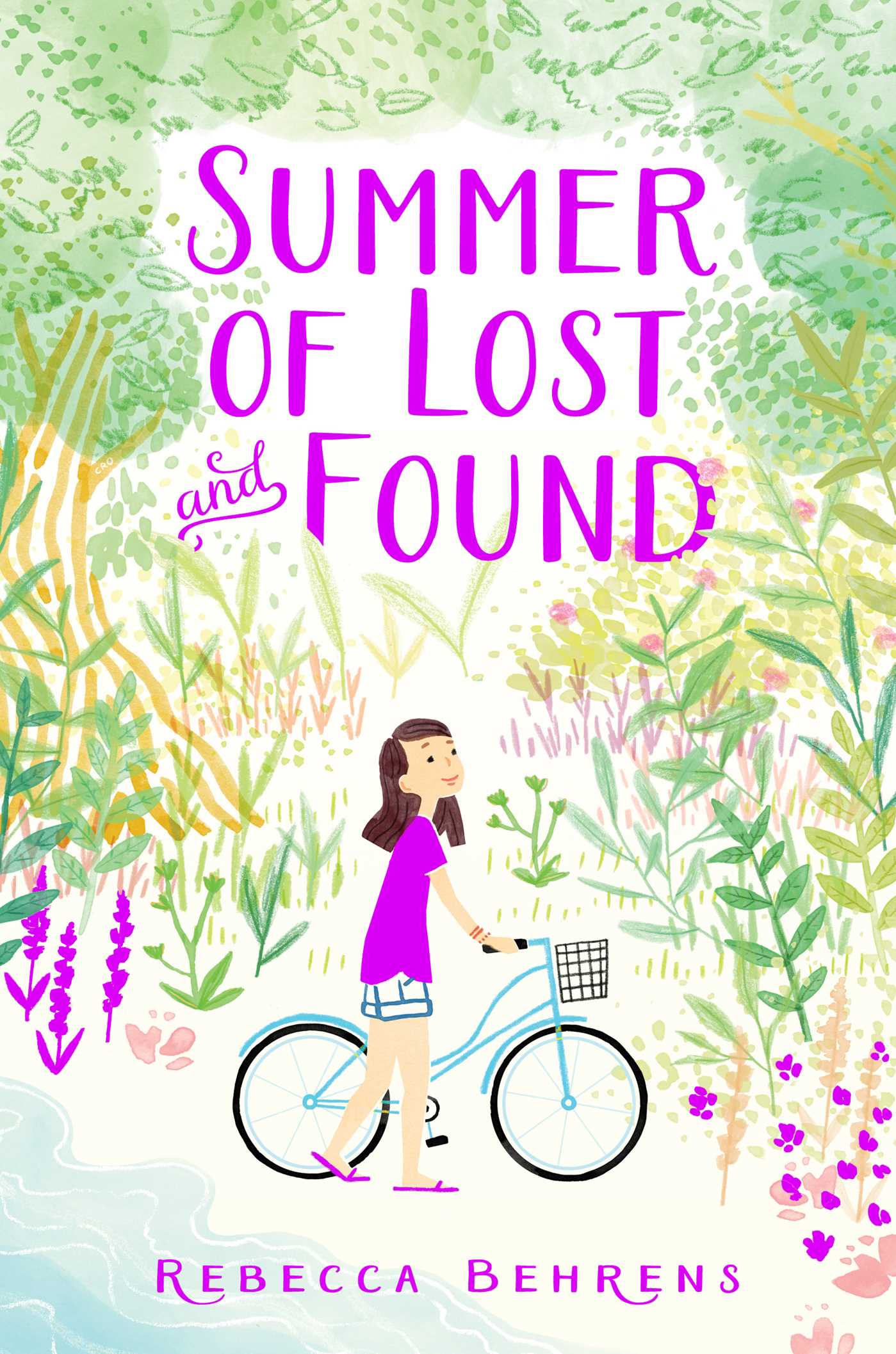 Summer of Lost And Found
by Rebecca Behrens
(Aladdin Books, May 2016)
Nell Dare is not looking forward to spending her summer on Roanoke Island while her botanist mother researches the Mother Vine, the oldest cultivated grapevine in America, so old that the very first English colonists could have eaten from it. Her summer takes an adventurous turn when she befriends the curious Ambrose Viccars and they find a flask that looks to be an authentic colonial artifact. They just may be on the verge of solving the mystery of the Lost Colony of Roanoke. This mix of historical and realistic fiction with a touch of a ghost story makes for a good summer read. 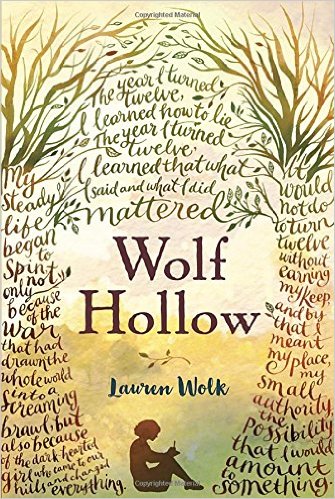 Wolf Hollow by Lauren Wolk
(Dutton Books For Young Readers, May 2016)
In 1943 in rural western Pennsylvania, eleven-year-old Annabelle lives with her parents, her grandparents, and her two younger brothers on a good-sized family farm. Annabelle’s life has been relatively uneventful until Betty Glengarry arrives. Full of hate and a master at deflecting suspicion, Betty singles out Annabelle, threatening her safety and that of her brothers. Cornered one morning on the way to school in the woods by Betty, Annabelle is saved by Toby, a reclusive World War I veteran. Vile acts escalate, and when Betty goes missing, Toby appears to be the culprit. Annabelle’s courage, character, and fortitude are tested at a very tender age. Bound to become a classic in its own right, Wolf Hollow is To Kill a Mockingbird for the middle grade reader. Not to be missed! 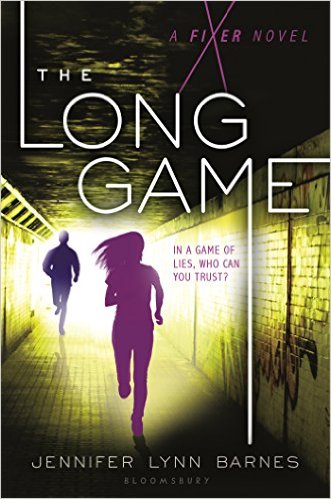 The Long Game
by Jennifer Lynn Barnes
(Bloomsbury USA Children’s Books, June 2016)
Tess Kendrick returns in this sequel to The Fixer. She’s still the go-to girl at Hardwicke Academy, whether it’s making deadbeat dads pay school tuition or finding out who took incriminating pictures of a friend. But when a terrorist attack strikes the Capitol and Hardwicke is under siege, Tess isn’t sure whom to trust among her friends and family. A modern-day thriller for grades 8 and up that combines Homeland with The DaVinci Code. 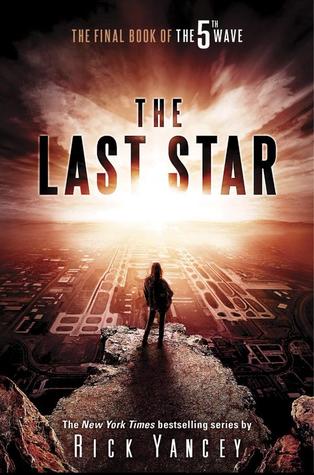 The Last Star by Rick Yancey
(G. P. Putnam’s Books for Young Readers, May 2016)
The spring equinox is in four days. By then, the Silencers will have returned to the mother ship, and the Others will launch the 5th Wave to wipe out anything human that remains on Earth. Intent on destroying humanity in order to save it, the Others have all but obliterated the human race and trust. Every survivor has betrayed and been betrayed. Evan, Ringer, Zombie, and Cassie all struggle with guilt and secrets. How far must Cassie go to save her brother Sam? Can humanity be saved? Readers are sure to inhale the dramatic conclusion to the 5th Wave series! 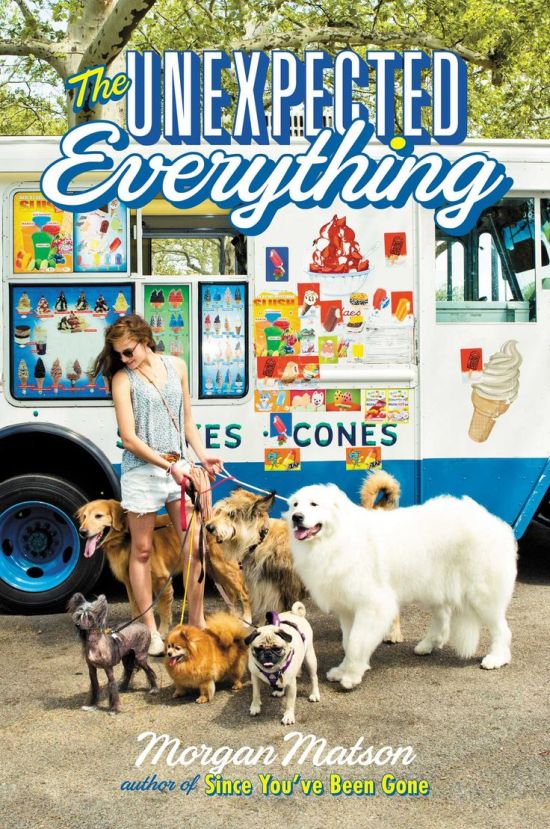 Unexpected Everything
by Morgan Matson
(Simon & Schuster Books For Young Readers, May 2016)
Matson has done it again! The Unexpected Everything is a delightful surprise and a quick read. It is a perfect summery story about family, friends, true love, and the fact that how no matter how much you think you have planned everything, life will always throw a curve ball. 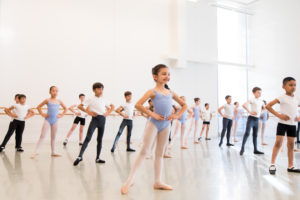 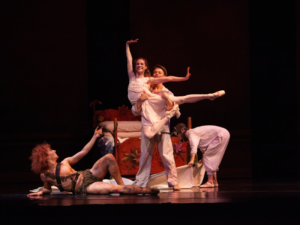 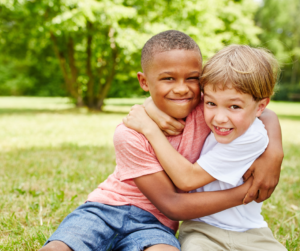