Got a Switch? Check this out… 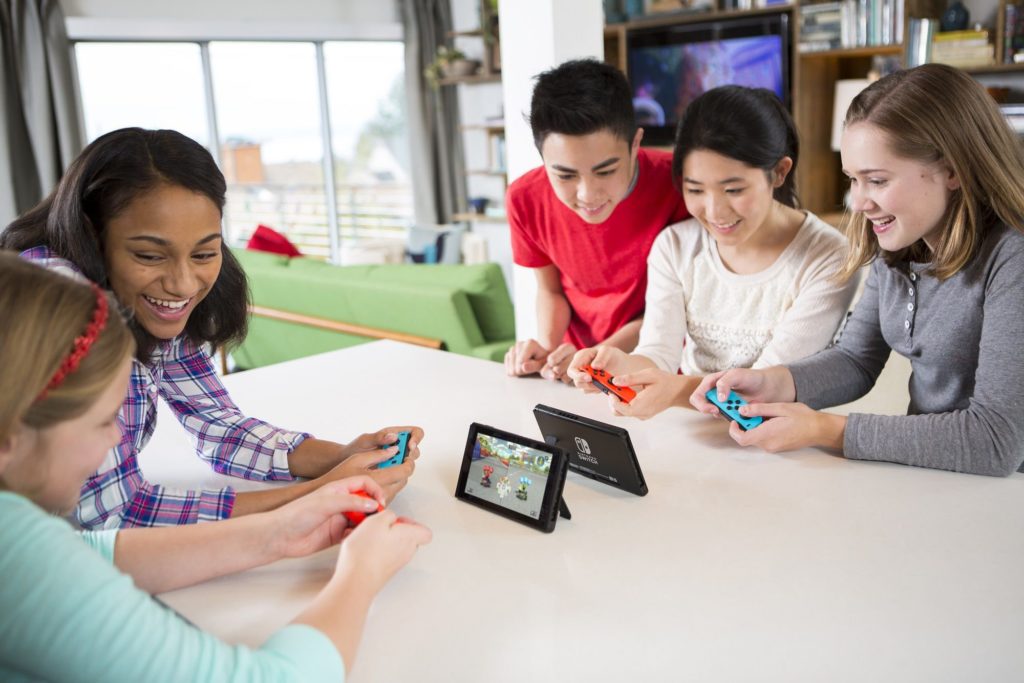 Mario is a legend of the gaming world and has already won the hearts of  current adults out there when they were their kids age. Mario Kart is a great game for family game night as you don’t have to have a lot of skill to play it well and racing competitions can be fun for everyone. Hit the road with the definitive version of Mario Kart 8 and play anytime, any-where. You can race your friends or battle them in a revised battle mode on new and returning battle courses. Play locally in up to 4-player while playing in TV Mode. Every track from the Wii U version, including DLC, is included.

Overcooked is a multiplayer game that pits all of the players against each other to try and cook the best meal. Have a “Top Chef” style battle to see who the best cook is in your house, without having to clean up the kitchen when game time is over. Suitable for one to four players, the object is to make the journey through a variety of cruel and unusual kitchens on your quest to become master chefs capable of conquering an ancient edible evil which plagues the land.

Like Mario, Sonic the Hedgehog is a blast from the past. Share your memories with your children and pull out this childhood favorite for family game night. Now in full HD, Sonic is sharper and faster than ever. New characters have been introduced in this game too!

1-2-Switch is a great for families, because of the shear amount of games included. With 28 different mini games, there is bound to be a game that each member of your family excels at, from: rocking a crying baby to sleep, wild-west duels, cow-milking competitions, a copycat dance-off, and even answering a virtual phone faster than your opponent. Not heavily activity related, anyone in your family can play these mini-games.

Finally, a system that mom and dad can play Minecraft on! Minecraft on the Switch uses a controller making it more user friendly compared to the PC. In addition, you get a split-screen player mode that makes building competitions in the game more fun.

The Jackbox Party Pack 4 is packed with different mini games that are a little weird and a lot of fun. Games include things like guess facts about your friends, debating and wagering on your position, and completing civic doodle art. Ideal for groups of two to 16 people.

Family game night will never be boring with these, and a variety of other, games for the Nintendo Switch. Games can be played from solo version all the way up to 16 players, depending on the game you chose. Many family style games have multiple mini game included to appeal to everyone’s tastes in your family.

PrevPreviousIt’s Super Bowl…See these Super Sips for the Younger Set!
NextFajita Burger WrapsNext
YOU MAY ALSO LIKE