How to discuss underage drinking as a family 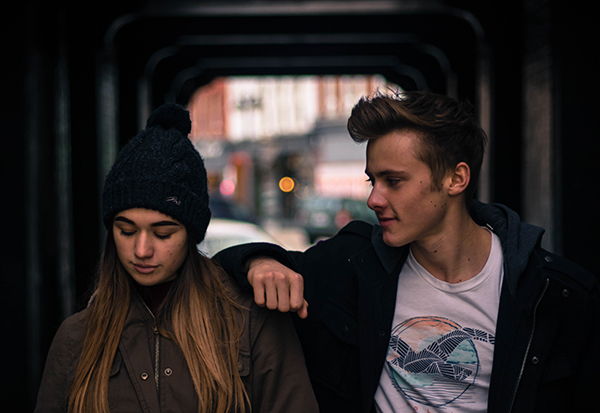 Parents are charged with having many important conversations at different ages and stages of their child’s life. Anheuser-Busch and Houston-based Silver Eagle Distributors partnered with parenting coach, MJ Corcoran to create an initiative called the “Family Talk about Drinking.”  The initiative arms parents with meaningful strategies for talking to their kids ages 1 through 21 about alcohol, underage drinking and responsible decision making.  Whether your child is 5 or 15 you may wonder when the time is right to broach the subject.  “It is never too late and it is never too early,” said Corcoran.

Especially between ages 1 and 7 you will wear an extra hat and be a teacher in addition to a parent.  All teaching does not have to be verbal.  Monitor your lifestyle choices as a parent.  Even if it does not seem like it, your child is always watching and listening.  “I used to be director of a preschool and sometimes kids would be in the pretend area cleaning glasses and saying cheers,” said Corcoran.  You should never underestimate the curiosity of a child.  “Kids will imitate what we do so it is never too early if kids want to try to taste something,” said Corcoran.  The key is to find teachable moments and reinforce that you need to be 21 years-old to drink alcohol.  You can also set boundaries by telling your child that drinking is for adults only.  On occasion it can be beneficial to gage your child’s understanding by posing a question such as how old do you have to be to drink? or is it alright for kids to drink alcohol?

Between ages 8 and 13 your child is looking for an effective communicator to help him understand the world around him.  Make a conscious effort to build a special connection with your child so he feels comfortable sharing things with you and you feel confidence in holding pivotal discussions as a parent as well.  “For your child’s first party it is your responsibility to ask if he knows who is going and how he would handle it if there was alcohol,” said Corcoran.  Use questions of meaning and steer clear of yes and no questions.  “Put your kid in a role of problem solving before he has to react or respond to a situation,” said Corcoran.  Do not ignore any bad judgments because you want to be friends with your child.

From ages 14 to 21 your child may try to be independent but that does not mean you should not stay involved.  Continue to sum up the initiative in short and sweet terms.  “The basic rule is that underage drinking is illegal and you would not allow your 12 year-old to drive your car so it is the same thing,” said Corcoran.  If you have alcohol in your home make sure it is not available to your child.  “If a kid sees his parents overusing alcohol or allowing it on holidays there are mixed messages, so you want to send the message that not only is it illegal but those are values your family lives by,” said Corcoran.  The Texas Alcoholic Beverage Commission reported that students who perceived their parents of approving of someone their age drinking were over 2.5 times more likely to drink than students who perceived their parents of disapproving.

Be Proud of Your Child

It is not about consequences as much as about the law.  “0 to 7 years of age is when children are learning what is right and wrong and what is okay and not okay,” said Corcoran.  Know that your child may slip up from time to time and make a less than perfect decision.  Never give up on your child.  Cheer him on and reassure him that you know he will make good decisions and that he is smart.  Equally, let him know that he can count on you and you are there for him no matter what.  When your child recognizes that you see his finest qualities and have faith in him, he will view you as a support rather than a threat and allow you to be his partner as he faces the various pressures and stressors of growing up.  Continue to trust that you have influence on your child and keep your coaching uniform on for life as it is the best position you will have an opportunity to play.

PrevPreviousBurst Into Song! 50 Must-Watch Musicals The Whole Family Will Enjoy
NextDealing with Back to School JittersNext
YOU MAY ALSO LIKE