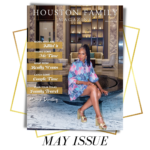 Inching along I-45 during rush hour, your focus tends to be on the road in front of you, the endless string of brake lights, and the fact that even the most efficient air-conditioning system can’t keep a car comfortable when it’s 105 degrees on a summer afternoon. If you are very detail-oriented you may notice the forest of tall buildings around you, too. Houston is a large expanse of buildings, concrete, and signage—not unlike any other large city in the world.

Still, it holds a piece of history, available to anyone who seeks it, deep within its heart.

Looking at the Buffalo Bayou channel flowing through town you’d never guess that at one time Houston was endless coastal plains dotted with trees, swamps, and marshland. It was in the midst of this temperate grassland that Native Americans went about the business of life – hunting, fishing, and other activities that were essential to their survival. These people occupied Houston, and all of Texas, for thousands of years.

The first report of Native Americans in Texas was by a group of survivors from Spanish explorer Cabeza de Vaca’s party in 1535. They came upon a group of Native Americans, possibly members of the Karankawas or Akokisas, peoples that were common in what is now the Houston area. The Spaniards’ journals give in-depth descriptions of life in the community—creating dugout canoes, fishing, gathering plants for food and medicine, and building different shelters to accommodate the seasons.

In 2009 Moore Archeological Consulting discovered about 2,000 artifacts from the Akokisa tribe while excavating on Cypress Creek. Tools, arrowheads, and pottery shards dating as far back as 8,100 B.C. helped narrate the story of these people and their contribution to Houston history.

The indigenous groups did not fare well during the influx and subsequent settlement of Americans in what was to be the Republic of Texas. Despite the efforts of Sam Houston to create acceptance for the various tribes and protect their rights to the land they lived on, the majority of Native Americans had their property taken away and were relocated to reservations. From the 1950s through the 1980s, many of these people were relocated to urban areas by the federal government in an effort to integrate them more fully into American culture.

Happily, there has been a shift in society, and Native American culture is increasingly recognized for its unique contributions to society in Houston, as well as other areas of the country.

Life – Then and Now

Traditional Native American Lifestyle
The first people that lived in what is now the Houston area were groups like the Karankawas and the Akokisas. They built huts with thatched, rounded tops made from grass and palmetto. The hearth was in the center of the floor and a smoke hole was located directly above it. These huts were similar to the lodges of the Woodlands tribes in the Northeast.

During the summer the people would sleep in a Chickee, a raised platform that had a thatched roof but was without sides. This let any tiny, cool breeze that existed reach the sleeper.

Transportation was accomplished on foot or by the use of cypress logs that were hollowed out into dugout canoes.

The canoes were also used for fishing. Fish, shellfish, and various plant-based foods made up the majority of their diet, although they did hunt local wildlife as well. Though not primarily farmers, the Akokisas did grow corn.

Modern Native Americans in Houston
Today Native Americans don’t live much differently from anyone else. The majority live in two-person households, are well-educated, and are employed full-time. The federal government recognizes 565 tribes in the United States.

Still, racism remains. There is a lack of education about the history and culture among the general population in Houston and other Texas cities. The best way to overcome this is by learning more about the history, culture, and traditions of the people.

One of the biggest problems faced by today’s Native American is that of health and healthcare. Diabetes is the top health issue, followed closely by heart disease.

There are many ways in which you and your family can experience the richness of Native American culture in Houston.

24th Annual Native American Championship Pow-Wow
Every year the DFW Inter-tribal Association hosts a two-day event in November at Traders’ Village in Houston. This year’s dates are November 9 and 10.

Hundreds of Native Americans attend this event. They represent tribes from all over the United States and compete in a variety of traditional dance events for prize money and awards. Dressed in authentic costumes of feathers, buckskin, beadwork, and bells, the dancers demonstrate precise steps that have been in use for centuries. These competitions include all ages from toddlers to grandparents.

Tipi villages are set up to allow visitors to get a personal look at some of the shelters that Native Americans used throughout history.

The Houston Museum of Natural Science
Sure, you can see dinosaurs, animals, and shells, but one of the HMNS’ most interesting exhibits is the John P. McGovern Hall of the Americas, where you can see hundreds of examples of Native American artifacts. Rugs, pottery, beadwork, and kachina dolls are just some of the items representing more than 50 native cultures from Alaska to Peru. Visitors can explore reconstructed environments and participate in hands-on activities that let everyone get a feel for what life was like for the indigenous people.

In addition, the museum has acquired the Gordon W. Smith North American Indian Collection. This invaluable group of items includes clothing, jewelry, and painted bison skins. Smith began the collection in the 1920s when he was a child. Over the years friends brought him things that they found on their own travels, and the collection grew.

Southern Apache Museum
The Southern Apache Museum is a nonprofit museum located in Northwest Mall. Created with the mission of preserving Native American history, culture, and Texas traditions, the museum was founded by Chance L. Landry, a Lipan Apache who is a published author and artist.

Alabama-Coushatta Reservation
Although this reservation in Livingston is not open for tours, it does offer a variety of planned activities throughout the year that visitors can attend, as well as a campground. If your family likes to camp, this may be a great opportunity to spend some time on a reservation. Contact the reservation for more information and upcoming events. Phone: 936-563-4735, website: http://www.alabama-coushatta.com

Native American Heritage Month is a great time to make some memories, learn new things, and have a lot of fun in the Houston area. It’s important to take the new knowledge and use it as a starting point for a deeper understanding and appreciation for Native Americans and their culture.

Parents, teachers, and homeschoolers can find wonderful tools (worksheets, slide shows, songs) for teaching kids more about Native Americans in Texas at the Resources 4 Educators website (http://education.texashistory.unt.edu/lessons/notebook/IndiansSE/). We especially like the downloadable, printable activity/coloring book, which offers a wealth of information, pages to color, and instructions for fun activities, including how to make a pouch similar to those used by Native Americans for carrying seeds, tools, and good-luck charms!

PrevPreviousTips for Long Journeys With Loved Ones With Autism
NextYou’ve Got Books!Next
YOU MAY ALSO LIKE 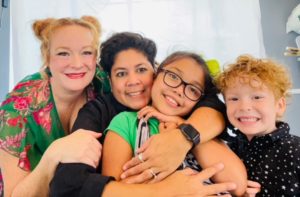 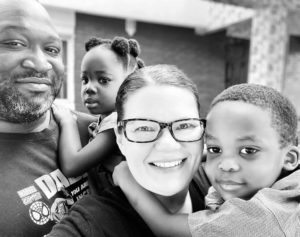 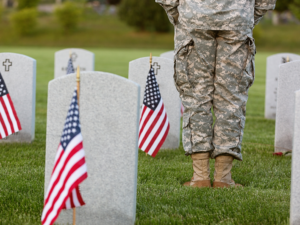