Parents in Charge: Reclaiming My Parental Power as the Father of an Autistic Child 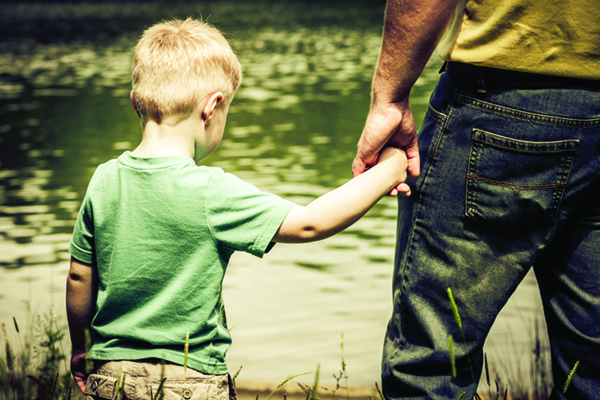 I wasn’t raising a child with Autism anymore; I was just raising my son.

I’ll never forget the first time I had the awful experience of having the wind knocked out of me. It happened when I was a teenager in 1975, during a junior-high-school football game. I had just caught a pass and was on the verge of scoring my first touchdown when suddenly, out of nowhere, BOOM! I was hit hard by a big burly defender. Falling onto my back I struggled to breathe and felt like my lungs were momentarily paralyzed. All I can remember is lying on the ground staring into the vast blue sky, feeling helpless and afraid. When I finally caught my breath and was on my way back to the bench I had the realization that I never saw my opponent coming. It wouldn’t be the last time I found myself blindsided by an unexpected jolt.

Almost 30 years later, as an adult, I had a similar experience of being hit by an opponent for whom I was unprepared. However, this time, the foe I was facing was much more serious. My oldest child was about to turn three years old when the words of his doctor once again left me momentarily breathless. The words he spoke reverberated in my mind like a freight train. “Mr. Howard, your son has Autism.” Once again, like that 13-year-old boy on the football field, I felt helpless and afraid. Having had no previous experience with Autism and not really knowing too much about it, a great sense of powerlessness came over me. From that moment, I felt unqualified to deal with such a situation, a situation which was completely foreign to me. Desperate for help, I was willing and prepared to accept and do whatever the experts advised.

Unlike when I was a teenager, this time I found myself unable to quickly recover, and I struggled to maintain my composure. No question, this time was very different. I knew nothing about this new opponent, a formidable opponent that plays by no rules. I felt frightened and helpless, almost paralyzed, upon hearing the diagnosis. I knew that the lives of every member of my family were going to be different from that moment.

It wasn’t long before I noticed how much my relationship with my son had changed. What was earlier a very natural father-son relationship had become awkward and uneasy. I was no longer parenting my child… I was parenting my Autistic child. Not knowing what to do, I felt as if I were in a state of parental paralysis. Once again, I found myself staring into that vast blue sky.

At that point, I began replaying every previous interaction I had with my son, and questioned every interaction moving forward. I wondered if I somehow contributed to his condition. Was his diagnosis somehow my fault? Had I done something wrong? Could I have done something differently? What should I do now? What should I avoid doing now? How should I handle my son in the future? These questions and more were constantly racing through my mind. As a first time father I was already unsure of my parenting skills, and this new challenge exacerbated these uncertainties. I was now fearful to make parental decisions on my own, feeling completely unqualified as a parent. I was again feeling paralyzed and was willing to surrender all of my parental responsibilities to the experts. I love my son dearly and did not want to do anything that could possibly worsen his condition. I became fully dependent upon the teachers, therapists, doctors, and other professionals to guide my actions as a parent. I felt as though my relationship with my child was frozen… but that all was about to change.

About five months after my son’s diagnosis, I took him to see a highly regarded pediatric psychiatrist. This doctor’s comments would prove to be the turning point in my parental attitude. After a five-minute examination, the doctor handed me four prescriptions for four different medications. Feeling a bit uneasy about the speed at which the doctor reached his conclusions, I felt the need to question his analysis. He explained that the behaviors he observed are very common for children on the Autism Spectrum and that the medications would help regulate those behaviors. Being concerned about possible side effects, I asked the doctor if it was really necessary for my son to take so many pills. His reply turned out to be the catalyst for an attitude adjustment that I so desperately needed. “You don’t have to give him any of them,” he said, “You can give him what you want… you’re the boss.” It was then that I experienced an epiphany. He was right. It was my choice. As the parent, I was in charge.

My parental confidence began to return. I realized that the professionals were experts in the field of Autism, but I was the true expert with regard to my son. No one has a better relationship with him than I do or has spent more time with him than I have. Only someone who had that connection would understand his special way of communicating. At that point, I began partnering with the experts, rather than relying on them to take over my role. Things did not become easier once I regained my confidence, but I definitely felt more in control.

My relationship with my son began to normalize. I wasn’t raising a child with Autism anymore; I was just raising my son. Seeing him in that light helped me better understand his needs and make decisions that would support his success. This is not to say every decision I made was the correct one, but at least they were all knowledgeable ones because I knew him best. As of today, I have effectively managed my son through seven different schools, over 18 therapists, and many diets. I am currently in the process of navigating his transition into high school. I am happy to report that this latest challenge is going quite well.

My son is now a freshman in high school. Recently, on a relatively mundane drive to the first Parent Teacher Organization (PTO) meeting of the 2016 school year, I began to reflect upon past events. During the meeting, each parent was asked to stand and introduce him/herself. The first parent who spoke told the group her name, and proceeded to share the story of her and her daughter’s journey, from the initial diagnosis of Autism to her transition into high school. The next parent did likewise, relaying a now familiar journey. I listened to one story after another and soon realized that they each mirrored my own. I now knew I was not alone. We all started off feeling the same way, as if we just had the wind knocked out of us. We felt breathless and frightened, feeling helpless in our roles as parents. Just like my epiphany, at some point all of these parents recognized that they were the real experts on their own children. Eventually, like me, they all reassumed their proper role of being in charge as strong parents in the lives of their special children. And, they realize, as I do, that the journey is not over.

Any time a parent is presented with bad news, especially one as serious as a diagnosis of Autism, it will feel like getting hit in the gut. It’s perfectly normal to feel breathless, helpless and afraid. The parent of a special child must decide to take the hit, take a deep breath, and then reclaim the parenting role and take charge.

Kevin Howard created and co-authored The Kooky Adventures of My Friend Kookabuk to share the knowledge he gained raising his son. The Kookabukseries is a collection of social stories that serve as a source of information, inspiration, and guidance for parents and children alike. For more information, connect with the Howards on their website, as well as Facebook, Twitter and Instagram. Kookabuk Shares His Shovel is now available on Amazon and CreateSpace.

PrevPreviousRebekah Gregory: Determined Resilience
NextThe Greening of Houston: How Your Family Can HelpNext
YOU MAY ALSO LIKE 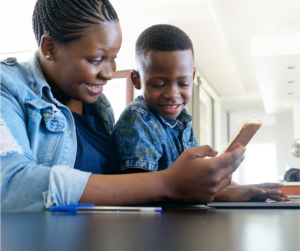 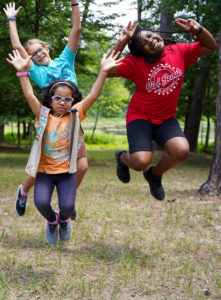 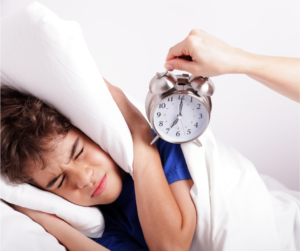